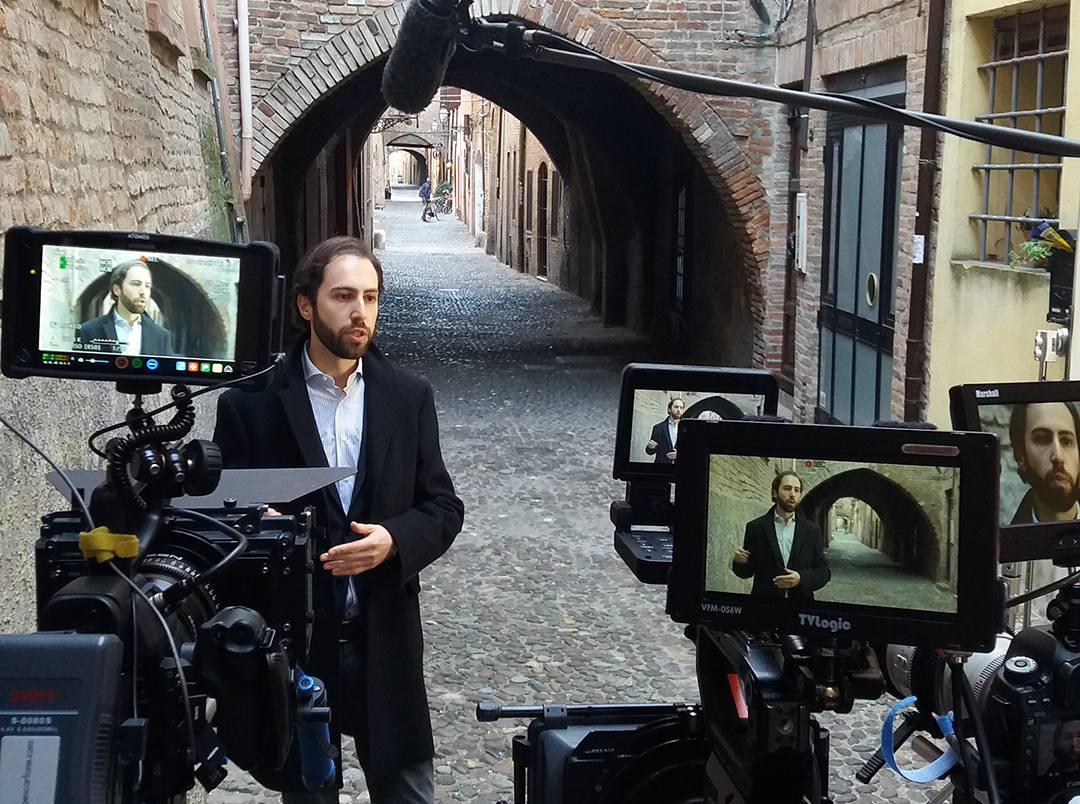 "The knowledge of European Judaism - testified by its tangible and intangible heritage - represents an important element to learn the history and cultural foundations of Europe."

What is your role in this institution?
I cooperate with the Foundation for Jewish Cultural Heritage in Italy, which is an institution created and sponsored by UCEI to foster the conservation, the study, and the promotion of the Jewish historic-artistic heritage. I have been working on short-term projects, like temporary exhibitions, as well as longer-term ones, like the Jewish itineraries website Visitjewishitaly.it - which is our basis for the Italian Route of Jewish Heritage - and other scientific research projects.

What is your personal connection to the history of the Jews of Italy?
I come from an old Jewish family from Ferrara and I have always been involved in the life of my Communities - Ferrara, where I find my family history, and Turin, where I and I grew up and live. I think this is why, during my studies in architecture, I have always felt a special interest for the history of Jewish architecture and art, which I had the luck to turn into a job.

We know that you are involved in the promotion of Jewish Heritage in the South of Italy, is there any anecdote concerning this?
The Jewish presence in Southern Italy has been interrupted between the end of the 15th century and the middle of the 16th century, due to the expulsion of the Jews from the Spanish dominions. Over the centuries, many traces have been lost or transformed. Lately, the interest in the Southern Jewish heritage has increased very much. Of course, this is a positive phenomenon, but it also leads to a large diffusion of information which, sometimes, can be uncontrolled and require careful verification.

Were you involved in the UGEI? Can you describe us the values and the role of this association?
In the past, I have been attending quite regularly the meetings of UGEI (Union of the Young Jews in Italy), and sometimes I have also personally helped to organize its events. The first and most important goal of UGEI - I think - is to create relationships and networks between young people who share the same culture or the same identity. I can see different values: first of all, to keep close or to introduce youth to Jewish life and institutions. This is a value in itself, and especially because it creates relationships between people who will constitute the next generation leading Jewish institutions. Furthermore, during the meetings, you have often the opportunity to discuss relevant issues, and this also helps UGEI to take part in public debates.

What is the situation of Italian Jewish heritage with respect to the rest of the European countries?
The Jewish Heritage in Italy is huge and various. In the same country you can find archaeological vestiges as well as contemporary temples; Baroque synagogues as well as medieval Jewish neighbourhoods; simple and monumental cemeteries, great collections of ritual artifacts, museums and permanent exhibitions - all in a large number which often represents many local variants. More than once, I have been told "You have everything!". Unlike some other countries, this legacy still belongs mostly to the Jewish Communities and is in use. The Communities are not institutions primarily devoted to the cultural and touristic promotion of their heritage, but an ever increasing number of them has been taking interest in this aspect over the years.

What is the role of the Jewish Heritage in the EU nowadays in your opinion?
I do not think it is just rhetoric: the knowledge of European Judaism - testified by its tangible and intangible heritage - represents an important element to learn the history and cultural foundations of Europe. Everywhere, and especially in those places where the Jewish presence has been cancelled or simply belongs to the past.

Tell us an anecdote: which activity do you remember most warmly and why?
Many of my activities gave me satisfaction. One of the most recent was a temporary exhibition on Jewish textile artifacts, held at the Uffizi Gallery in Florence. I had the opportunity to work on great masterpieces from all over the world, which in good part I already knew and which I could eventually "touch" myself. Also, the exhibit was held in one of the most important museums in the world, and I have been invited to take part to the organization by scholars whom I hold in the highest esteem.

When did you start to be part of AEPJ and what has it brought you since then?
UCEI has been participating to the European Day of Jewish Culture from its first edition, and the Foundation's Vice President Annie Sacerdoti has been sitting in the board of AEPJ from the beginning. I already knew the Organization, but I have had personal contacts only in 2015, when I started working with Annie Sacerdoti on what is now the core of the Italian Route of Jewish Heritage. More recently, I took part to the "Incubator" meetings, where I really appreciated the opportunity to meet representatives of other countries, to share experiences, and to learn from the experts. Thanks to the work of AEPJ - not only for these meetings - I have definitely been able to develop a better overall view, which is indispensable in this field.

What challenges do you have ahead of you for this year?
Maybe it is banal but, most of all, I wish to restart completely and soon the projects and the activities that the Covid emergency has forced to interrupt.