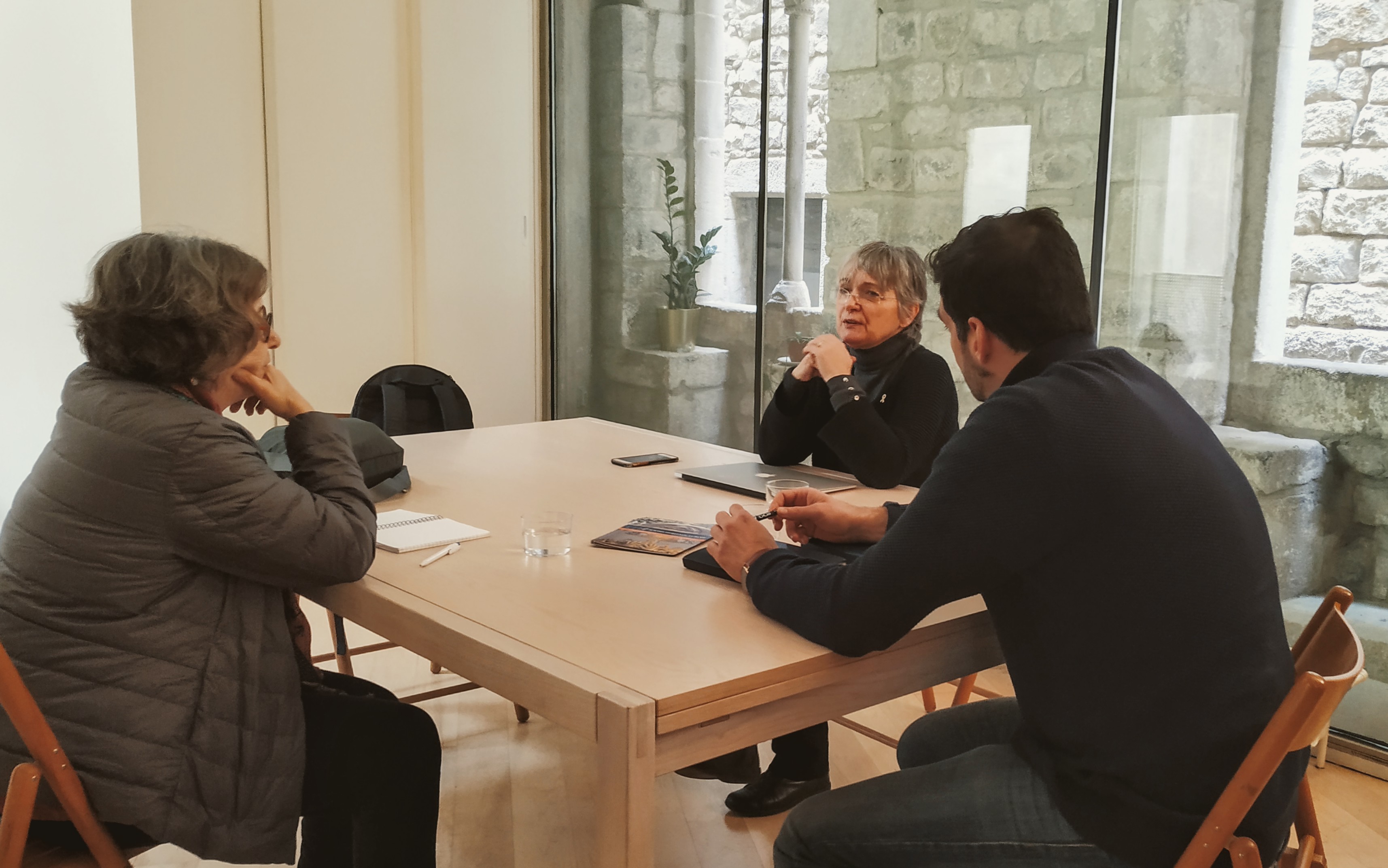 On March 4th, the secretary general of the AEPJ, Assumpció Hosta and the director of the association, Víctor Sörenssen had a meeting to agree on the incorporation of Ruth Ellen Gruber as a consultant of the European Routes of Jewish Heritage of the Council of Europe.

The director of Jewish Heritage Europe, pioneer in the creation of a web portal that sheds light on Jewish heritage issues, and aims to stimulate discussion and exchanges among professionals and the interested public, will contribute her vast knowledge to make the initiative grow.

The Cultural Routes demonstrate, by means of a journey through space and time, how the Jewish heritage of the different countries and cultures of Europe contributes to a shared and living cultural heritage. AEPJ coordinates the creation of these routes through its members, the newly created scientific committee and now with the invaluable help of Ruth Ellen Gruber.