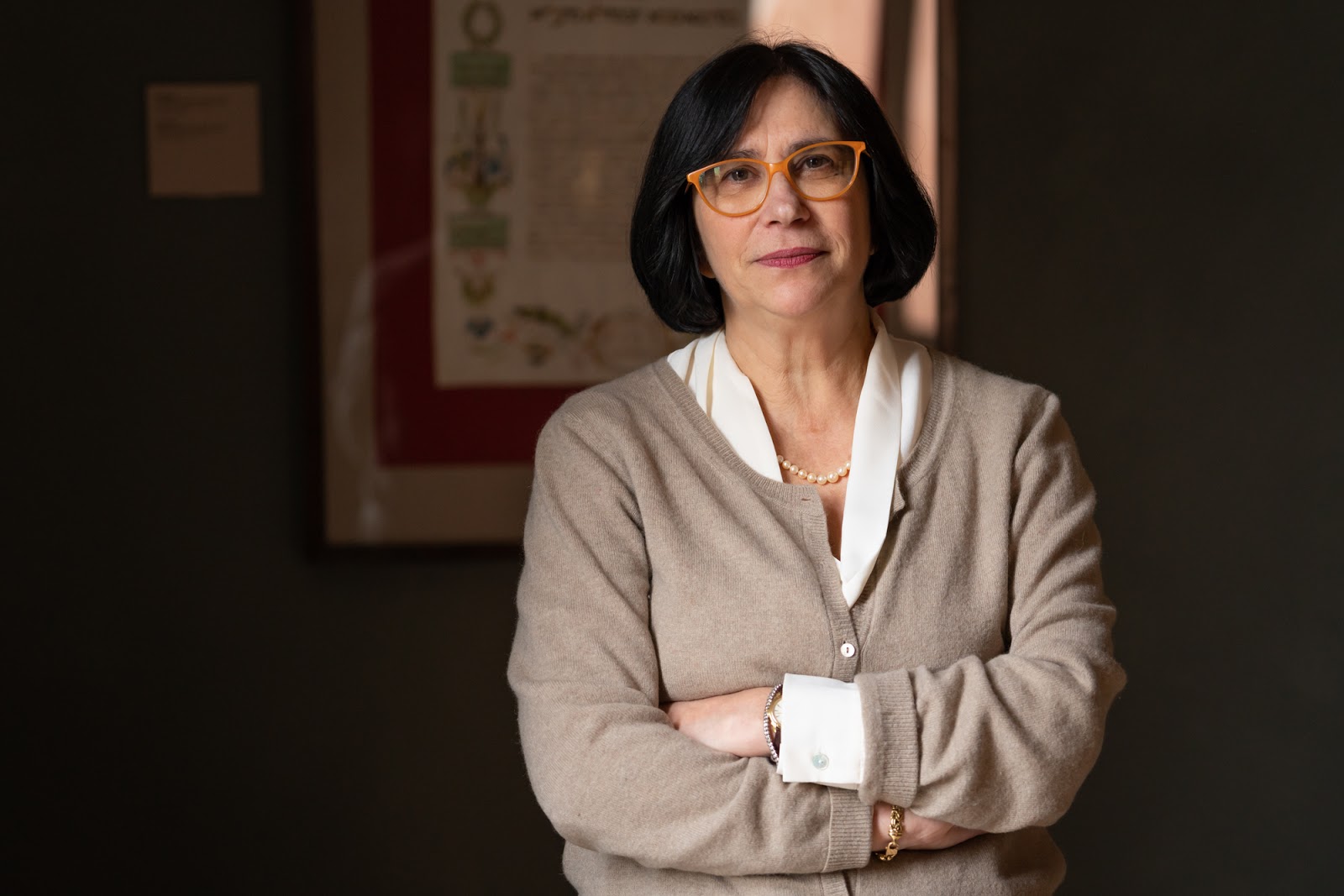 "The role of the Jewish heritage is fundamental to fully understand our history as Europeans, to understand the roots of Western thought as it is today."

What is Coopculture? Where does it operate?

CoopCulture is one of the most important Italian service companies for cultural heritage; for over thirty years, it has offered a wide range of services to the cultural market and to the general audience, always open to innovation and experimentation of new media; an efficient organization attentive to quality and life-long learning; a widespread presence in the main places of culture in Italy.

CoopCulture is present on almost the whole Italian territory, and it takes care of small museums as well as large cultural sites with the same attention, for example in Rome we operates at the Colosseum and at Palazzo Merulana; in Veneto at Palazzo Ducale and in all the municipal museums, but also at Villa Bassi in Abano Terme. For a more widespread knowledge of CoopCulture's identity it may be useful to visit www.coopculture.it.

CoopCulture started working on Jewish cultural heritage in 1990, after a whole year spent working with the Venetian Community on a regulation for the overall custody of the museum's services to the public.

What is your role in the Jewish Museum of Venice?

Since then my role in the Jewish Museum of Venice has been to be responsible for the management of the public services. Obviously the commitment has grown and has been differently articulated with the growth of the museum itself and its educational, exhibition and cultural offer. This constant growth - interrupted only in the three moments of international crisis, the terrorist crisis, the economic crisis and now the pandemic crisis - is the result of a constant, and in recent years even stronger, collaboration between the Jewish Community of Venice and CoopCulture.

What is your favourite place or activity along the Italian Route of Jewish Heritage?

Over the years, our involvement with CoopCulture in the world of Jewish cultural heritage has expanded, and I have had the pleasure and honour of taking care of many wonderful places rich in Jewish heritage such as Venice, Florence, Siena, Padua, Ferrara and many more. I don't want to choose, but I am a Venetian who loves her city...

Is there a place in Venice where you can discover the Jewish heritage away from mass tourism?

Even in times when mass tourism is destabilizing the city, the Ghetto of Venice remains a liveable place where you can take time to enjoy a real and living part of the city. A different Venice from the magnificent and monumental one that everyone knows, a simpler Venice, but with an authentic soul.

What is your personal connection to the history of the Jews of Venice?

It has deep roots, since I was a child, as often happens in Venice where everyone knows each other, I had the opportunity to interact with Jewish people. Then the bond was strengthened during middle school, and thanks to a friend I entered for the first time into a synagogue for her bat mizwa, and even more between the end of high school and the beginning of university in a sort of family full immersion. In three years my older brother enrolled at the University of Oriental Languages choosing Hebrew, the middle brother at the Academy of Fine Arts become friend with an Israeli who was frequently coming to lunch with us, challenging us with the rules of kasherut and finally, as soon as I enrolled in the History degree course, I started a babysitting engagement, which turned into a beautiful and lasting friendship, with a Jewish family.

What is the role of the Jewish Heritage in the EU nowadays in your opinion?

The role of the Jewish heritage is fundamental to fully understand our history as Europeans, to understand the roots of Western thought as it is today. Jewish heritage is collected in libraries, archives and museums, but it is also alive and dynamic in the history and life of people, in synagogues, in ritual baths, in the culinary, social, religious traditions in a vastness of historical, religious, architectural and artistic testimonies, fragmented and scattered even where you did not expect to find it - and trying to understand it at least in part - is a good exercise for an access to beauty and interculturality.

Tell us an anecdote: which activity do you remember most warmly and why?

There have been many exciting moments in these years, but I would like to remember two of them, very far apart in time. The first one concerns the Jewish Culture Festival organised by the museum, the Jewish Community of Venice and CoopCulture (which had a different name at the time) in November 1995. It had been a very demanding work and we presented a programme full of meetings and initiatives and we wondered if there would be a participation. The Festival had been fixed for mid-November, at the beginning of that month there was the assassination of Rabin, probably driven by emotion the response of the public was of an extraordinary force, which overwhelmed, moved and stunned us.

The other episode is more recent, last June, the Museum, Community and CoopCulture married an idea by Matteo Corradini, together with the Council of Europe, the Sons of the Shoah Association and Ca' Foscari University of Venice, for a marathon reading the Diary of Anne Frank in what should have been her ninetieth birthday. Many wondered if it would really be possible to find 90 different people to read the Diary in a whole day and we thought the readers would be alone during the reading. Instead in a few days they offered to read in the ghetto camp in front of the museum hundreds and hundreds of people of all ages, of different nationalities, from all over Italy. And from morning till late at night the involvement not only of the readers, but also of the many listeners was such that I am still moved today.

When did you start to be part of AEPJ and what has it brought you since then?

I have been part of the AEPJ with CoopCulture for a few years now, but I have had the opportunity to follow their work for quite some time now. Being part of the AEPJ means having prepared interlocutors, being able to talk to people like us about how to preserve and promote the Jewish heritage, paying great attention to keeping its values intact. It is a key reference point for those who wish to give a boost to the enjoyment of Jewish culture in all its meanings with a wide European scope.

How has the museum dealt with the health emergency? Have you proposed some alternatives for your visitors?

The Museum faced the health emergency with different actions according to the different moments of the crisis. During the spring closing, the museum networked with other Italian museums and, thanks to the Jewish Museum of Rome, which became the coordinator and executor of the initiative, it produced moments of in-depth study of the museum's heritage and the peculiarities of the Venice ghetto. In view of the reopening of the museum, the museum relied on a qualified company for a certified "virus free and safe" security model and was the first museum in Venice, together with the Querini Stampalia Foundation Museum, to open at the end of May, making a strong investment, both for certification and for opening costs, in a semi-deserted city. In October the museum as we all know it closed due to important restoration work and so as not to interrupt the service to the public we set up and opened a temporary museum which I will be able to tell you more about. Unfortunately the museum is closed again for the second pandemic wave. In the meantime we are collaborating with the AEPJ and also with the coordination of the Italian Jewish museums for the production of two events for Hannukka.

Now we are working on a digital platform through which we can resume at a distance the usual didactic activity that has always distinguished the Jewish Museum of Venice and that unfortunately has been stopped since last March. Workshops, visits and exhibitions will be prepared, which will now be an alternative to the usual didactic school visit, but which in the future can be deepened and strengthened.