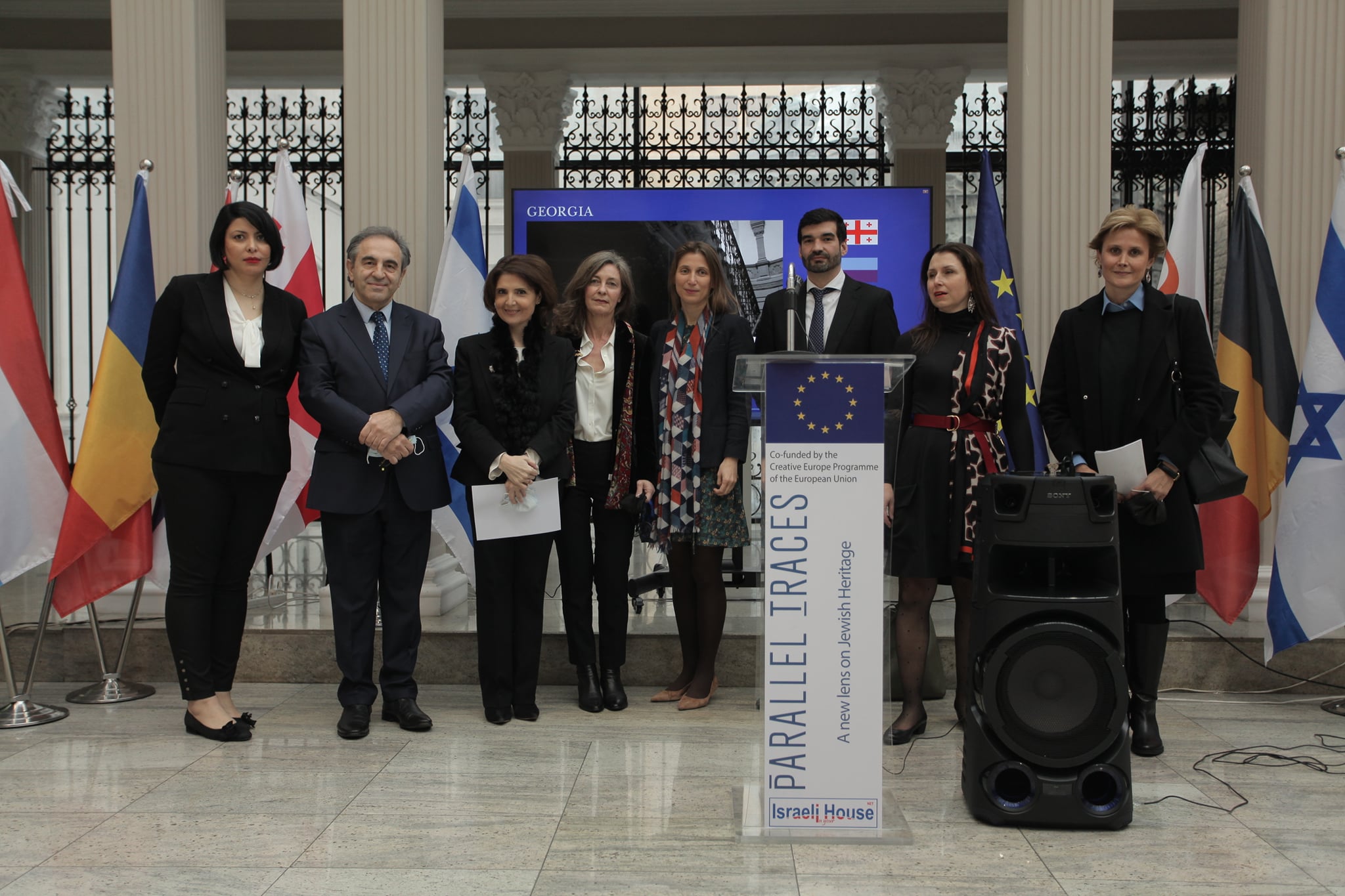 On March 11, the exhibition Parallel Traces, the last stop of this Creative Europe program project, opened at the Museum of Modern Art in Tbilisi. The exhibition Parallel Traces reaches its last destination after having been exhibited in Girona, Belgrade, Sighet and Wroclaw. AEPJ's partners, Israeli House, were in charge of the organization of the exhibition as well as the opening event. Itisk Moshe, President of Israeli House acted as master of ceremonies. Different presentations followed, among them, Victor Sorenssen, director of the AEPJ, Itsik Moshe, Rosa Juanco, artistic director of the Parallel Traces project, Sigrid Brettel, Head of Cooperation of the European Union to Georgia and Elisso Bolkvadze, Member of Parliament of Georgia, pianist and UNESCO Artist for Peace. Also participating in the event were different artists whose works are displayed in the exhibition: Tsotne Tsereteli, Dina Oganova and Ewa Rossano. It is worth mentioning that the event was covered by many media, and in fact, it was on the front page of the Georgia Today newspaper, with an extensive report on the project.

It was an unforgettable evening. The exhibition, which should have been held in May 2020 in Tbilisi, was finally able to take place under extraordinary circumstances. For most of the attendees, it was the first cultural event after more than a year. We congratulate our members of the Israeli House for their fantastic work and the great success of the exhibition and the project in general.