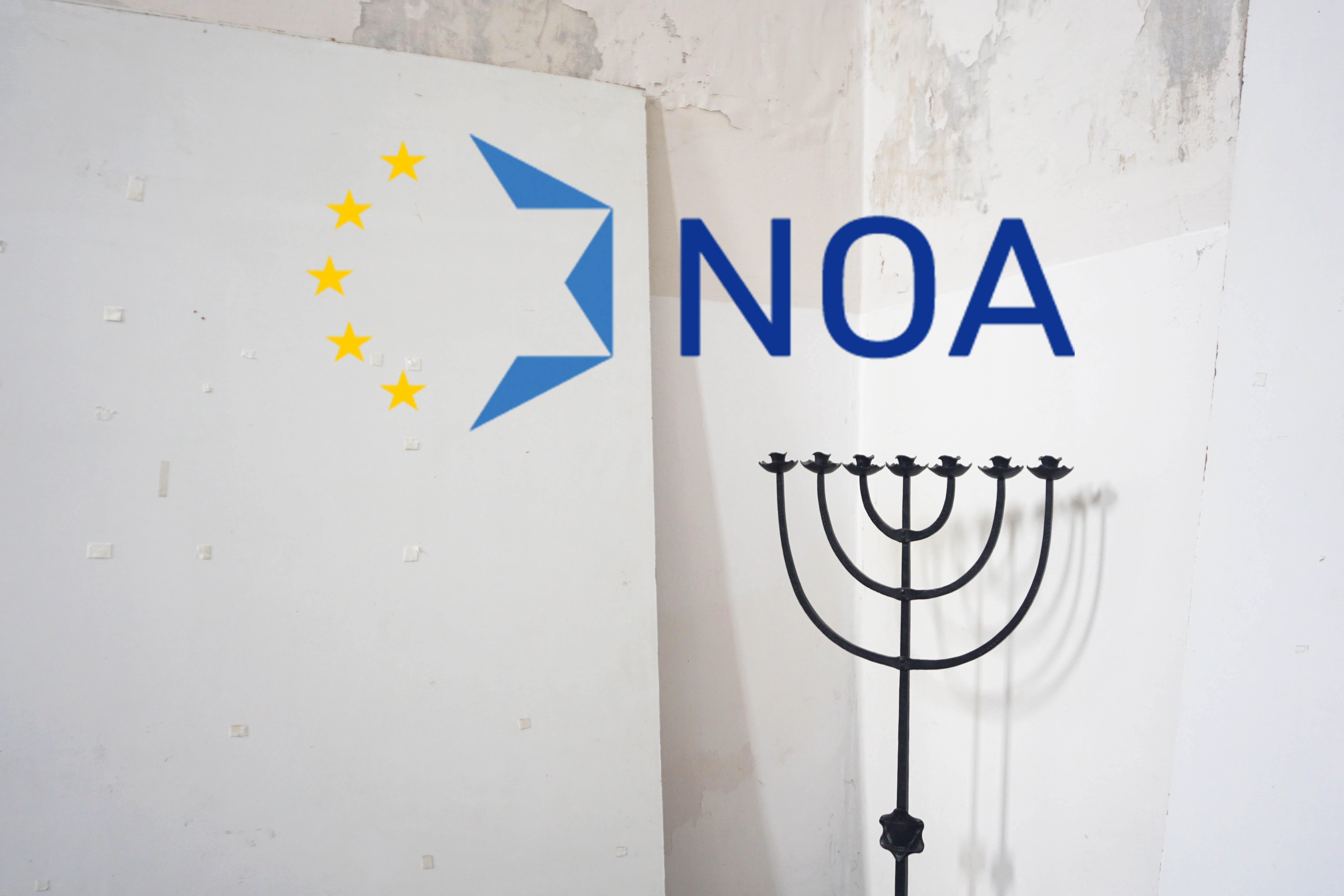 The AEPJ is proudly participating actively in the different actions planned in this new European project with this consortium of institutions.

Launched on 1st February 2020, NOA - Networks Overcoming Antisemitism, offers a pioneering approach to tackle the problem of rising antisemitism in Europe. With its unique partnership of major Jewish networks, it will evaluate EU Member States' policies across areas, from education to culture and security, and help them to develop holistic national action plans to address and prevent antisemitism.

An online hub of good practices and resources, to be published on http://noa-project.eu/ later this year, will support Member States in the implementation of their action plans. Accompanied by various social, cultural and educational activities across the EU, the project outputs will be further multiplied via the partnership and their networks.

· Anti-bias trainings and teaching tools will be disseminated to public authorities, schools, communities and sport clubs.
· Cultural events celebrating pluralisms and promoting dialogue will be initiated by Jewish cultural institutions.
· Social media campaigns will shed light on the positive contributions of European Jewry to wider communities where they live.
· Stakeholder workshops amongst policy-makers will help to develop and evaluate national action plans.

The word "noa" means "in motion" in Hebrew, reflecting a positive movement towards a society where Jewish life will flourish and antisemitism will be curtailed. Together, the partners represent 756 national affiliates.

It is a great honour and a great opportunity for the AEPJ to participate in this new European project with this consortium of institutions. During the two years of the project, the AEPJ will not only participate actively in the different actions planned, but will also coordinate different activities related to the European Days of Jewish Culture 2021 and the European Route of Jewish Heritage, certified by the Council of Europe.

This project was funded by the European Union's Rights, Equality and Citizenship Programme (2014-2020) and will run for two years.