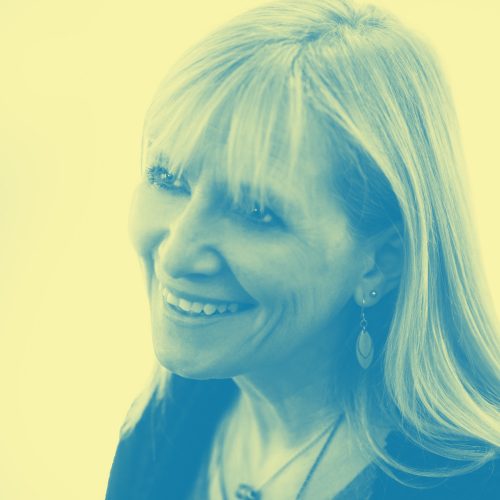 Debra has been working in Belarus for over ten years and is a passionate advocate for Jewish community, history, heritage and identity. Debra has worked tirelessly to grow The Together Plan in order to give agency to Jewish people coming out of a traumatic past, to empower them and give them skills and self-belief to rebuild and revive. It is Debra's mantra that together we can make a real and positive difference for a better, stronger and more cohesive Jewish landscape in Eastern Europe and the former Soviet Union.

What is The Together Plan?
The Together Plan is a UK Charity whose mission it is to support the revival of Jewish life in the former Soviet Union and Eastern Europe through capacity building. We do this by empowering people to have a voice through skill sharing, education and collaborative programmes.

What is your role in this institution?
I am the co-founder of the charity and the CEO based in the UK. My fellow co-founder is Artur Livshyts, a Belarusian, and he is based in Minsk.

What is your personal connection to Belarus?
I have no personal connection that I know of, although I know that I have ancestry in the Russian Empire. Where exactly is an unknown. I know that both my maternal grandparents were born in Poland and much of modern day Belarus is today Poland. On my dad's of the family, my great grandparents came from Poland. I have always felt a connection to Belarus. Maybe one day I will discover more.

What is the situation of Belarusian Jewish heritage with respect to Europe?
Belarusian Jewish heritage is of enormous importance with respect to Europe, but it is little spoken of. We know so much of the Jewish history and heritage of those countries that come within the borders of the European Union. Even Ukraine, although not an EU member state, has a voice in the world of Jewish history and heritage. The rich Jewish culture and the impact of the Inquisition in Spain and Italy, the centuries of vibrant Jewish life in Poland, the rise of Nazism and the Holocaust in Europe and the concentration camps in Poland. We know of the devastating losses in Ukraine, and the massacre at Babi Yar. Belarus, however, remains silent. That is not to say that it has no story. It does. Belarus sometimes referred to as the "Last Dictatorship of Europe", is not part of the International Holocaust Remembrance Alliance as it does not have a democratic government and it does not have an official Holocaust Education programme. In the Soviet Union, no one spoke of his or her suffering and losses during the war. No allies in 1945 reached the Belarusian lands to witness the barbarism. Belarus has a rich Jewish history. It has given the world cultural gifts in art, architechture, literature, religious teachings and music. This is an, as yet, unexplored chapter in the story of the Jews of Europe, and one we, with the communities of Belarus, are planning to tell.

Tell us an anecdote: Which activity do you remember most warmly and why?
I remember, very warmly, the time I first met the survivors of the Minsk Ghetto. That was the beginning of a long personal journey. That night the survivors were guarded and suspicious of me. Today we are great friends. I wrote about it in the introduction of the book that was to follow. It was in 2014 that I first attended a gathering of former ghetto prisoners at the Holocaust Research Studio in Minsk. It was a bitterly cold evening; there was snow all around and the pavements were hellishly slippery as we made our way into the wooden building on Sukhaya Street. It was my trusted colleague, co-founder and director of The Together Plan UK, Artur Livshyts who had orchestrated the liaison that night. For some time, he had been introducing me to Jewish groups, isolated communities, vulnerable families and individuals. Together we had covered the length and breadth of Belarus, and I was developing a deep understanding of its traumatic history and its impact on the country as a whole. On that night, I met a brave and resilient group of people who had survived the most unthinkable tragedies, and yet here they were, still living on or close to the territory of the ghetto. I left deeply affected by these extraordinary men and women, who had never moved away from where they had lost so much. I had entered the building empty handed but came away clutching a recently published book in Russian. I am not a Russian speaker but I was told that it contained a collection of the memories of survivors who had been children in the Minsk Ghetto (1941-43), many of them present in the room that very evening. I later discovered that only 300 copies of the book had been printed. I was intrigued. That was the start of a four year journey to translate and publish We Remember, Lest the World Forget - Memories of the Minsk Ghetto

When did you start to be part of AEPJ and what has it brought you since then?
The Together Plan became a member of the AEPJ in 2019. It has brought us into a forum of fellow member organisations all working in the field of Jewish cultural heritage, which is of huge value to us. We have been able to strategise and plan for the project to build a Jewish Cultural Heritage Trail through Belarus. The AEPJ introduced us to The Paideia Jewish Institute in Stockholm and as a result, I attended their summer programme in Stockholm last summer. That has been of enormous value. We also attended the AEPJ training in Bucharest in 2019, and we very much look forward to developing our work with fellow professionals.

What challenges do you have ahead of you for this 2020?
The next challenges in our project are to raise funds to start developing the project to put the first phase plans into action. However, as the world now navigates the Coronavirus crisis, we face new challenges. Fundraising plans are now inevitably impacted and our talks and events have all been postponed for the forseeable future. However, we are adapting. We understand that there are many things we can be focusing on, which include researching the content for the route and working with communities in Belarus to encourage them to be doing local research. There are also plans in place for our team to be doing online learning so that we have the professional skills needed for the task ahead. There is never a shortage of work to do and we will rise to the challenges. We are passionate about what we do and we will strive to deliver, what we believe, is of enormous importance.