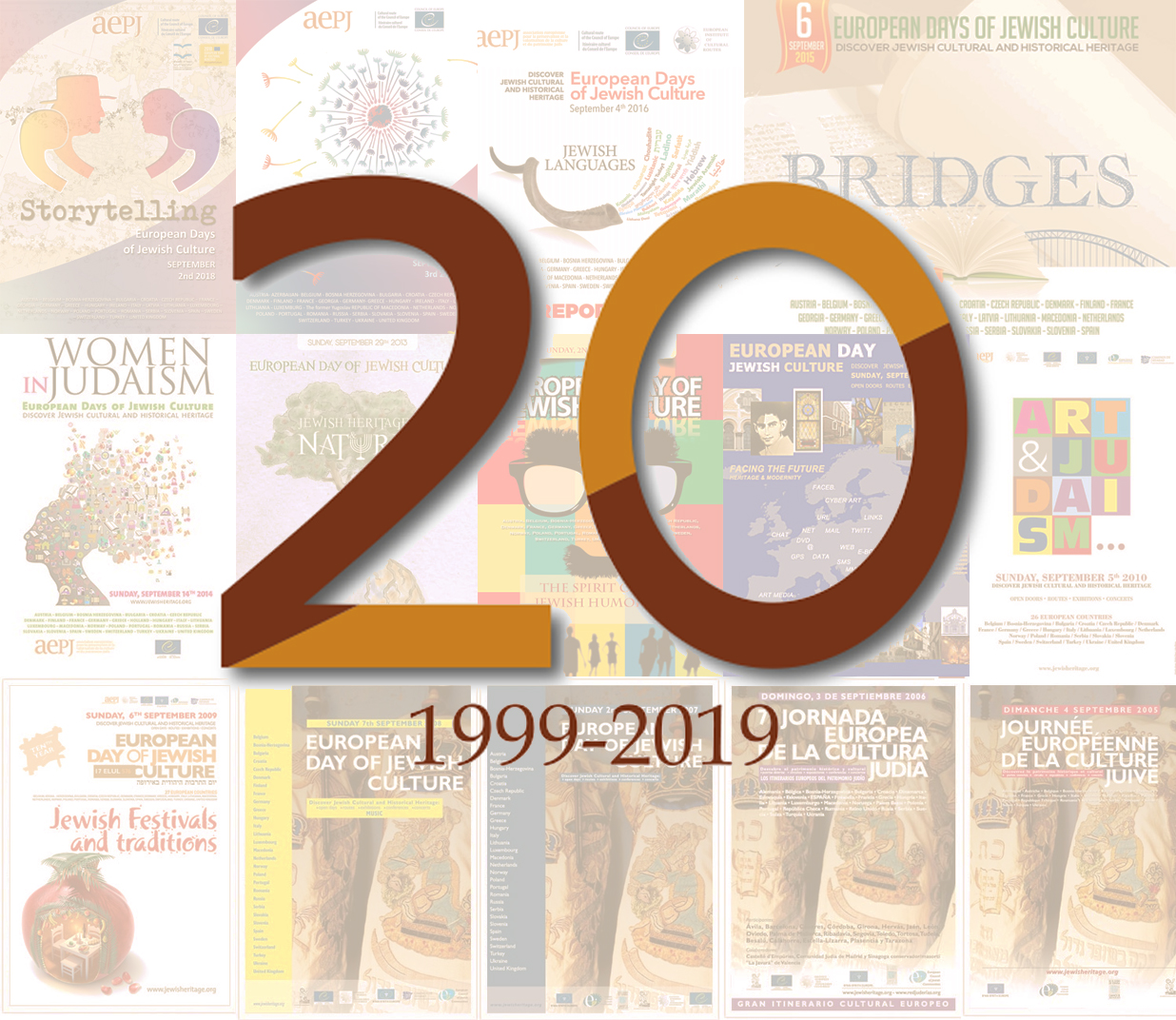 In 1996, Bnai Brith Strasbourg together with the local Agency of Tourism, started an open doors day in the department of Bas-Rhin. The aim was to open Jewish heritage sites, which were usually closed or without access, to the public. The aim was to promote and make Jewish heritage known to the general public. This fantastic idea flourished and 20 years ago prompted the creation of a network, the AEPJ, to develop what would become the European Days of Jewish Culture.

Today, April 30 2020, we would be celebrating the anniversary of this Festival together in the heart of Europe, at the headquarters of the Council of Europe in Strasbourg. Unfortunately, the event has had to be postponed due to the current health emergency. Despite this, we would like to share with you the joy of having reached this anniversary together. We are very proud that the AEPJ is recognized as a major player in the promotion of Jewish heritage in Europe, that our network has grown so much and of course, thanks to the collaboration of more than 350 institutions from over 28 countries, that the European Days of Jewish Culture is a means for the creation of a plural, inclusive and tolerant Europe.

We hope to toast with all of you soon and wish us another exciting 20 years of EDJC festivals.