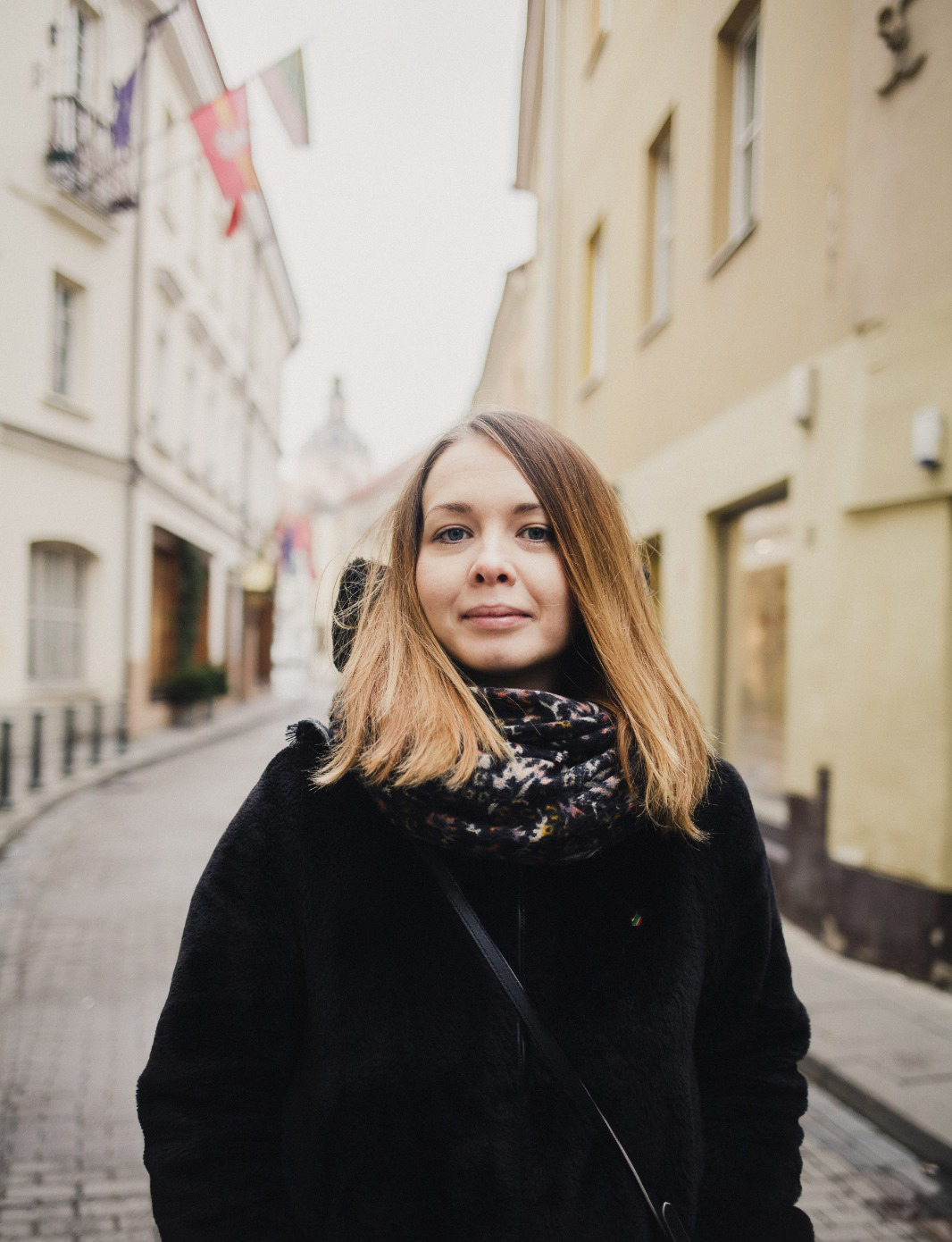 What is Jewish Heritage Lithuania?
If we would speak only in official terms, Jewish Heritage Lithuania is a non-profit institution that works in the field of Jewish Heritage in Lithuania and promotion of its cultural route. We are developing a wide virtual Jewish heritage map in Lithuania, including more than 200 Jewish heritage objects, offering various thematic and regional routes (for example, Famous Litvaks: Artists and Scientists), managing social media channels to promote and invite both local and foreign tourists to visit and get to know Jewish heritage in Lithuania. However, in my view, JHL is more than just an institution - at the same time it is a small community of people from all over Lithuania, working in museums, archives, tourism centers, other cultural institutions, or academia, with the understanding of importance of local Jewish heritage and common goal to make it visible, accessible, and appreciated both on national and international platforms.

What is your role in this institution?
Our current working team in Jewish Heritage Lithuania is a perfect example of the small multi-tasking force - we share many daily tasks of the institution despite our main assigned roles. For the most part I see my role in JHL as an idea generator and content creator, I am the one doing historical research and then presenting the narratives of Jewish history and its heritage in Lithuania. This is a long-term continuous activity on which I focus daily, but there are many short-term activities, when I get to manage the projects, search for the partners, present our vision and work to various local media channels, and, of course, coordinate European Jewish cultural heritage days in Lithuania each September.

How did you come to work at this institution? What is your career path?
I have been working with Jewish Heritage Lithuania for a few years now and I am glad to say, that the work I do here mostly feels like a hobby since it combines my two passions - historical research and its representations in various forms (either it be thematic routes or comic books about Litvak history). I came to work at JHL from the academic field, firstly, as a historian who studied history education related to various ethnic, cultural, or religious groups in the region. At that time, I was still doing my PhD research and saw a great opportunity to enroll my theoretical knowledge of the field into practice while working with JHL. Now, I still work at the Faculty of History of Vilnius University as a lecturer on history of ethnic and religious minorities in Eastern and Central Europe, and as I see it, in many ways researching for my lectures and for the projects of JHL, compliments each other.

What is the role of the Jewish Culture in the EU nowadays?
Jewish culture as a culture of diaspora in Europe, nowadays can be a unifying cultural experience in EU, which opens a channel for discussion about current issues EU is facing regarding immigration, refugees, or common European values.

What is the situation of the Lithuanian Jewish heritage with respect to the rest of the European countries?
For my knowledge European countries have a remarkably diverse relation to its Jewish heritage, its acceptance and presentation. Since Lithuania regained its independence in 1990, we could see a steady growth of interest in the local heritage forced to be forgotten during the Soviet occupation, Jewish heritage being one of it. In this respect Lithuania is like other Eastern and Central European countries, such as it's close neighbor Poland with which it shares both material and non-material heritage. During recent years Jewish heritage gained more attention from the local municipalities - Jewish heritage buildings such as yeshivas or synagogues have been successfully restored. However, many of these buildings now are being used for different than original purposes - for example, as town`s cultural centers, because after Holocaust and later Soviet Antisemitic politics Lithuania, which was once a center of flourishing Jewish culture, is now a home for only about three thousand Jews. We can identify the main similarity between Lithuanian Jewish heritage and other European countries - as the majority of Europe in one way or another suffered from Nazism during the Second World War and Holocaust is a common part of its tragic history, it is clear that both in Lithuania as well as in other European countries the most advertised Jewish heritage objects are related to Holocaust history - either it be Auschwitz in Poland, Memorial to the murdered Jews of Europe in Berlin or Ponary Mass massacre place and Vilnius ghetto in Lithuania. There, I would like to note, that with Jewish Heritage Lithuania we aim to focus more on the Jewish cultural heritage and daily life history before the Second World War. On the one hand, we chose this perspective because there are already many great things done about Holocaust heritage and remembrance in Lithuania, and on the other hand my team and I personally believe, that vivid and complex lives of shtetl communities were often forgotten, which lead to the illusion that Jewish, Lithuanian, Polish, Belarussian, and Russian people lived separated ghetto lives in this territory even before the real ghettos. It is wonderful to see, how this understanding is slowly changing due to the presentation of huge Jewish involvement in various spheres - economy, science, culture, or communal life. For instance, did You know, that in many Lithuanian small towns, which were perfect examples of shtetls at the end of the 19th century, Jews were the first to form voluntary town fire brigades to protect mostly wooden architecture towns from such common fires?

Why do you think it is important to share Jewish culture with non-Jewish audiences?
In this respect I see the knowledge about Jewish history and culture as a power enabling non-Jewish audiences to empathize with Jewish diaspora and its struggles in the past and nowadays. Although today there is a national Jewish state, many Jews also live in Europe and other parts of the world, where they have deep ancestral roots, specific regional traditions and share their past and present with various non-Jewish communities. Only the knowledge about each other's cultures can enable the respectful dialogue between Jewish and non-Jewish communities to combat still existing Antisemitic ideas. Of course, it might seem too wishful thinking, that only knowledge of Jewish culture can change old stereotypes, but it is a good starting point, especially, in the post-Soviet or post-Communist countries, which societies were denied access to this kind of knowledge and now must re-find its regional Jewish heritage.